Is Growth Hormone (HGH) Replacement Right for You?

Similar to or even superior to testosterone replacement therapy, many aging men with low GH blood levels report improved energy levels, sex drive, and mood after HGH treatment. Human Growth hormone (HGH) or what is so called the “Master Hormone” is a peptide hormone that stimulates growth, cell reproduction and regeneration in humans. Growth hormone is used as a prescription drug in medicine to treat children’s growth disorders and adult growth hormone deficiency. In the United States, it is only available legally from pharmacies, by prescription from a doctor. In recent years in the United States, some doctors have started to prescribe growth hormone in GH-deficient older patients (but not on healthy people) to increase vitality. While legal, the efficacy and safety of this use for HGH has not been tested in a clinical trial. At this time, HGH is still considered a very complex hormone, and many of its functions are still unknown. 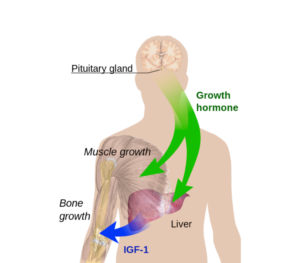 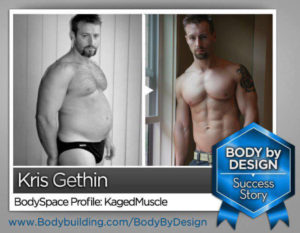 In its role as an anabolic agent, HGH has been abused by competitors in sports since the 1970s, and it has been banned by the IOC and NCAA. Traditional urine analysis could not detect doping with HGH, so the ban was unenforceable until the early 2000s when blood tests that could distinguish between natural and artificial HGH were starting to be developed. Blood tests conducted by WADA at the 2004 Olympic Games in Athens, Greece targeted primarily HGH. This use for the drug is not approved by FDA.

GH peptides are released by Neurosecretory nuclei of the hypothalamus. Some of the stimulators of HGH secretion include:

Whereas some of the Inhibitors of GH secretion include:

HGH is synthesized and secreted from the anterior pituitary gland mostly an hour after onset of sleep (during Non-REM sleep) and a number of factors are known to affect HGH secretion, such as age, gender, diet, exercise, stress, and other hormones. Effects of growth hormone on the tissues of the body can generally be described as anabolic (building up). In addition to increasing height in children and adolescents, growth hormone has many other effects on the body to include:

The most common disease of GH excess is a slow growing Pituitary gland benign tumor called Adenoma which may become large enough to cause headaches and/or, double or altered vision. Prolonged GH excess thickens the bones of the jaw, fingers and toes. Resulting heaviness of the jaw and increased size of toes and fingers is referred to as Acromegaly, accompanying problems can include Increased Sweating, pressure on nerves (e.g., Carpal Tunnel Syndrome), Muscle Weakness, rare form of Type II Diabetes, and Reduced Sexual function.

In children, Growth Failure and Short Stature are the major manifestations of GH Deficiency (GHD), with common causes including congenital malformations and delayed sexual maturity. Adults with GHD present with non-specific problems including Truncal Obesity, Decrease in Muscle Mass and Decreased Energy and Quality of Life.

Treatment with exogenous GH is indicated only in limited circumstances and needs regular monitoring due to the frequency and severity of side-effects. GH is used as replacement therapy in adults with GH deficiency or low blood levels. In these patients, benefits have variably included Reduced Body Fat, Increased Lean Muscle Mass, Increased Bone Density, Improved Lipid Profile, Reduced Cardiovascular Risk Factors, and Improved Psychosocial Well-Being. Benefits of HGH replacement by injection reported in the medical literature are described below. Benefits are gradually achieved over 3-6 months by restoring growth hormone levels in older patients to normal levels for a healthy young adult. Benefits may continue to increase for up to 18 months or more after beginning therapy.

It is scientifically well proven that secretion of growth hormone by the pituitary gland decreases progressively with age. Starting after adolescence, secretion of growth hormone steadily declines until the amount present in older people is a small fraction of younger levels, often less than 10%. This is one cause of many adverse effects of aging, including the following:

Benefits Suggested in Some Published Studies Include:

Many hormones including DHEA and melatonin can hinder some of the effects of aging, but clinical studies show that HGH reaches far beyond any of these. Not only does growth hormone have the ability to prevent physical aging, but it has been demonstrated that it can dramatically reverse many of its symptoms:

HGH revs up the metabolism to former highs, selectively reducing the abdomen, hips, waist and thighs while at the same increasing muscle mass. In many cases, people “look like they’ve shed years away along with the fat they’ve loss.”

Antioxidants & even other hormone treatments can be a great help in maintaining a youthful appearance, but only HGH can take a decade or so off your face. Skin regains thickness, becomes more elastic and hydrated and people start looking visibly younger, usually within a few weeks. Not only do the fine lines vanish and deeper wrinkles recede, the face can actually undergo a change of contour. HGH appears to have a tonic effect on hair. In some clinical tests 38% reported new hair growth, coming in faster and thicker even in its natural color. Nails are also strengthened & cellulite reduced.

As a powerful aphrodisiac, HGH restores sexual potency and sexuality in men. Many of the women who use it also report increased libido, heightened pleasure and the equivalent of greater potency in men, which for the female is multiple orgasms. It also helps to alleviate menstrual and post-menopausal symptoms, and eliminate vaginal dryness. According to many of the physicians who use Growth Hormone in their practice, the sexual changes are striking, effecting both men and women.

Some medical studies have proven that positive gains occur only while Growth Hormone is being secreted. HGH significantly increases the effects of exercise and muscle building, including energy, muscle strength, stamina and endurance.

HGH can not only reinvigorate the mind, it can also reverse the attitudes, outlook and expectations associated with aging. It increases concentration and thinking power, has an anti-depressive action on the brain, and can have a profound effect in increasing energy and a sense of well-being.

The brain and nervous system are made up of cells called neurons. And though they are permanent and never re-grow, HGH can stimulate their repair and rejuvenation. It also affects the proteins produced in the brain for storing our memories. Therefore, learning, memory and intelligence all depend on adequate supplies of Growth Hormone.

Antioxidants such as Vitamin C, Vitamin E, etc., can remove oxygen free radicals and keep the Protease’s (destructive enzymes that cause cell damage) from becoming active. But Growth Hormone can act on the Protease’s directly. It activates a cellular defense force called protease inhibitors, which prevent free radicals from doing their deadly work. The latest European research shows that Growth Hormone can not only further what antioxidants do, but it can also do what anti-oxidants cannot. It can greatly help reverse symptoms which include loss of muscle and an increase of fat, decreased physical mobility and energy levels, diminished healing ability, a greater risk of cardiovascular disease and lower life expectancy. In other-words, the symptoms of the disease called Aging!

Side Effects of Treatment with Human Growth Hormone (HGH)

In recent years in the United States, some doctors have started to prescribe Growth Hormone to increase vitality. While legal, the efficacy and safety of this use for HGH has not been tested in clinical trials. At this time, HGH is still considered a very complex hormone and many of its functions are still unknown. One study done by Stanford University School of Medicine in 2007, showed the application of HGH increased muscle mass by 2 kg (4 lbs.) and decreased body fat by the same amount. However, no other critical factors were affected, such as bone density, cholesterol levels, lipid measurements, maximal oxygen consumption, or any other factor that would indicate increased fitness. Researchers also did not discover any gain in muscle strength, which led them to suggest that HGH lead the body to store more water in the muscles rather than increase muscle growth which might explain the increase in lean muscle mass!

In any case, the use of HGH as a drug has been approved by the FDA for several indications. This means that the drug has acceptable safety in light of its benefits when used in an approved way. Like every drug, there are several side effects caused by HGH, some common, some rare. Injection-Site Reaction is common. Patients might experience Joint Swelling, Joint Pain, Carpal Tunnel Syndrome, and an Increased Risk of Type II Diabetes. In some cases, the patient can produce an Immune Response against HGH and in rare occasions GH may increase the risk for Hodgkin’s lymphoma.

Recommended Blood Tests to establish a baseline before starting and to monitor levels throughout the program:

Our program includes physician directed individual evaluations, the use of bio-identical hormones and the close monitoring of blood levels to restore youth and minimize the symptoms associated with menopause, andropause and aging. Contact us today to schedule an appointment and determine if Sermorelin Acetate Therapy is the right choice for you